The 2022 holiday season is officially underway. This is a time not only to gather around the table with friends and family, but also to support charitable organizations that benefit our communities and those around the world.

St. Supéry Estate Vineyards & Winery is proud to support the Land Trust of Napa County, which permanently protects land through conservation easements and direct land acquisition. Conservation lands provide clean water, wildlife habitat and corridors, thriving agricultural lands, and access to nature for all those who live in and visit the Napa Valley. As the largest private landowner in the county, the Land Trust has protected 16,000 acres in the region through acquisition.

“Land trusts serve a fantastic purpose for all of us throughout the country, preserving the beautiful places which we visit and where we live, and providing protection for those natural resources,” noted St. Supéry CEO Emma Swain during an episode of the podcast series #GivingTuesday Chats. “Most of Napa Valley is under some state of permanent protection and the Land Trust is a really big part of that.”

Joining Swain on the podcast was Doug Parker, the Land Trust of Napa County’s president and CEO. Parker explained that trusts permanently protect land in two essential ways: by acquiring property and through conservation easements.

A conservation easement removes some development potential from a property. The Land Trust has completed 156 easements to date in Napa County, totaling 47,000 acres. “In a vineyard, for instance, the landowner can give up the right to residential or commercial development on their property,” Parker said, “but they continue to operate the vineyard.” The owner may then decide to allow public access to those open spaces for activities such as hiking, or to retain the land as private property.

One of the most important roles of land trusts is preserving biodiversity. For Land Trust of Napa County, biodiversity is a key factor in the organization’s decision-making process.

“We have a number of wildflower species which exist only in Napa or in [a few] surrounding counties and nowhere else in the world,” said Parker. “So it really is a significant place for biodiversity.” Protecting the land on which these flowers grow is just part of the equation; it’s also important to manage invasive species that crowd out native plants.

“You have to manage the properties as well as purchase them,” Parker said. For example, the Land Trust works with Cal Fire to reduce invasive species through controlled burns. “Then the native species get their chance in the sun.”

The Land Trust also promotes biodiversity by creating and maintaining wildlife corridors. “If you have an isolated property, even if it did originally have some significant rare species on it, it won’t necessarily have those over the long term if it isn’t connected to some other protected land, or if there isn’t some way for both the wildlife and the plants to continue to move, which they do over time,” Parker explained. “There’s already a lot of evidence that both the animals and plants in the northern hemisphere are moving north in response to the hotter temperatures.”

To track animals moving though Napa’s wildlife corridors, Parker’s team installed cameras that monitor trails trafficked by both animals and humans. “One of the first things we found is that we have more bears here than anywhere else in the Bay Area,” he said. “The fact that they’re doing well is a good sign in terms of the functionality of the natural systems here.”

To help bolster populations of the red-legged frog, a federally-listed species that has lost about 70% of its habitat, the Land Trust launched a preservation project with the U.S. Fish and Wildlife Service.

“They brought a bunch of eggs to our property and we put them into these exposures within the water, and they all hatched and turned into tadpoles,” Parker said. “Now our staff are going out there and tagging the frogs so we can see where they go.”

Another important Land Trust effort is grazing animals on protected land. This helps control invasive species and aids with fire prevention. In Napa’s Pope Valley region, where the organization owns 730 acres is an oak savannah, the practice of rotational grazing has proved invaluable.

“We get out there with a lot of goats or sheep, and we have herders that move them around,” said Parker. “They graze an area of 20 or 30 acres and as soon as the animals clear that up they move on. We’re not over-grazing, but we do want to knock it back because all those grasses out there are non-native species.”

When a fire started across from the property, he added, it stopped when it reached the protected land. “When it hit the area that had been grazed, [the fire died down] because there just wasn’t any fuel on it.”

Along with preserving Napa’s natural beauty, Swain noted that the Land Trust offers memberships that allow contributors to participate in guided hikes and field trips on protected lands.

“They’re led by experts who may be scientists,” explained Parker, “or they may be people who have a long history with the property.”

People can also get involved through direct donations. Those who contribute $500 to Land Trust of Napa Valley and note St. Supéry in their donation will receive an invitation to join Swain and up to 20 guests at the winery for an intimate lunch paired with St. Supéry estate wines on June 30, 2023.

Categories: In the PressThe Chronicles 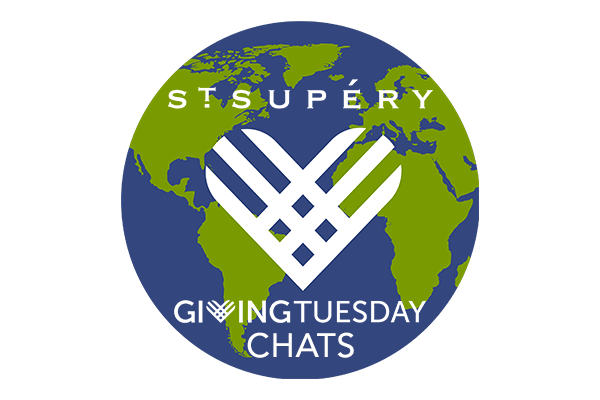