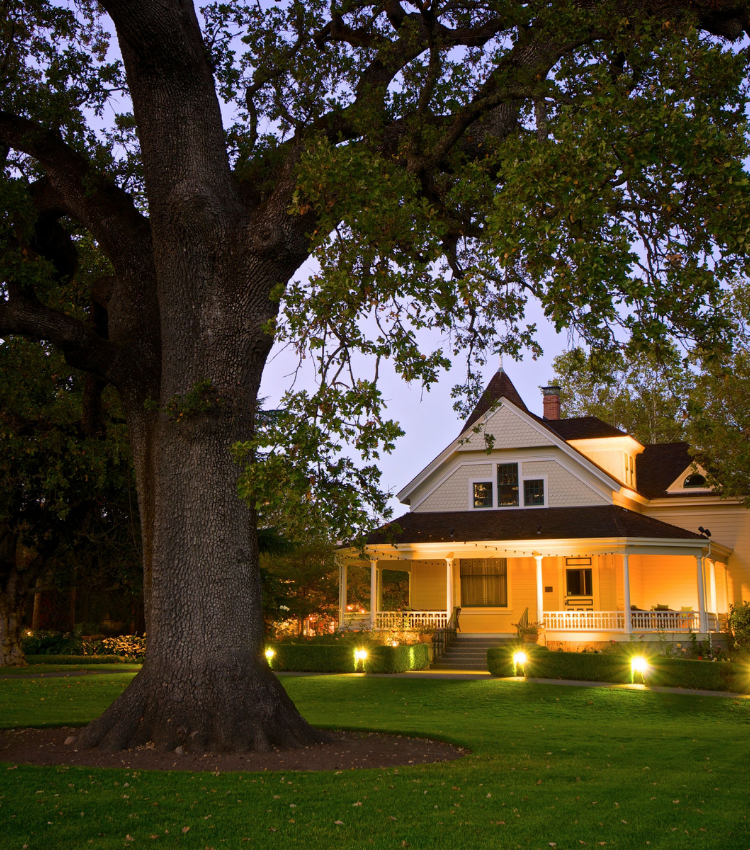 The Story of Historic Atkinson House

Louis and Joseph Atkinson, brothers and owners of a successful shirt making business in Philadelphia and San Francisco, purchased this vacant land south of Rutherford in 1881. They planted grape vines and started construction of this beautiful and historic Queen Anne Victorian home.  A French winemaker living in Oakville named Edward St. Supéry later purchased the property; the winery’s name honors this past owner.

Louis and Joseph Atkinson, brothers and owners of a successful shirt making business in Philadelphia and San Francisco, purchased 153 acres of vacant land south of Rutherford in 1881. The brothers planted vines and began construction on the Queen Anne Victorian home but, sadly, a year later, Louis died after succumbing to a long illness. Joseph sold the shirt making company and over the next decade distinguished himself by planting 115 acres of vines, supporting the Rutherford School and investing in the new St. Helena Bank. In 1895, Joseph partnered with California State Senator Seneca Ewer to build Ewer & Atkinson Winery, now Beaulieu Vineyards. Their wines won awards at the 1888 state Viticulture Convention in San Francisco and the following year at the World’s Fair in Paris. By 1889, Joseph was among the wealthiest men in Napa County based on property values, achieving financial success on par with fellow vintners, Charles Krug and Gustave Niebaum.

Unfortunately, this historic period came to an end in the 1890s when phylloxera wiped out the vineyards in Napa County as well as other parts of California. By 1900, Atkinson had lost all his vines and consequently fell into financial trouble. In 1901, foreclosure forced the sale of the 153 acres at auction for $18,000. It was Edward St. Supéry, a French winemaker and part of Napa Valley’s French colony located in Oakville that purchased the property. Not until 1957 and several owners later, did grapevines once again grow on the property.

Restored to its historic beauty

A living testament to this incredible history is The Atkinson Queen Anne Victorian that sits next to the St. Supéry Winery and has survived almost unchanged over the last 140 years. Listed on the National Register of Historic Places, the original materials, workmanship and design elements remain the same including the solid oak wood floors, wood trimmed doors and moldings, the prominent wrap-around porch and the distinctive tower with its tent roof. Fewer than ten rural Queen Anne buildings remain in Napa County. It was renovated and restored in 2016 to highlight its historic beauty and is now used for private tastings and special events.