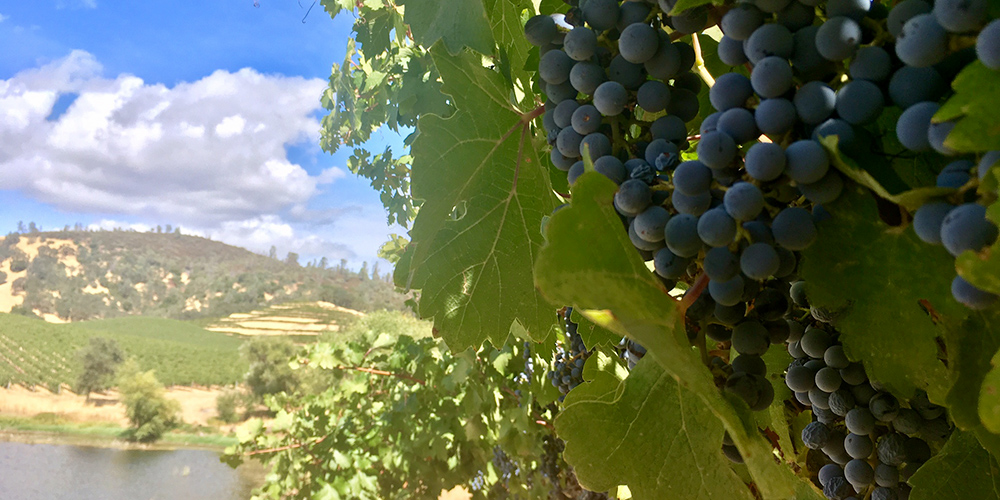 An Auspicious Beginning to Harvest 2017

The very first truck of Dollarhide Estate Vineyard fruit arrived at our Rutherford crush pad during the solar eclipse on Monday, August 21. What timing and our whole staff was on hand to toast this special delivery of savignon blanc grapes.

“The vineyards look exceptional this year,” says Viticulturist Kelsey Leslie. “We are really excited about the quality.” According to her, yields are up slightly and the fruit has never been better. She attributes this to ever-improving irrigation and canopy management practices. The growing season was merciful this year, giving us many advantages. Those heavy winter rains led to even shoot and canopy growth. We didn’t have to irrigate until June, and we had captured and stored plenty of rainwater to do so.

In terms of timing, harvest is only about a week later than last year’s, which started August 16. Though bud break was two weeks later, we made up some ripening time with heat waves in May, June and July. The beginning of August was cooler than previous vintages.

“It’s been great – we’ve been prepared,” Kelsey smiled and then paused, looking out over a relatively calm crush pad already cleaned up after the day’s sauvignon blanc delivery. “Although this is the calm before the big harvest storm.”

So why was sauvignon blanc ready first?

White grapes are ready for harvest earlier than reds, and our sauvignon blanc reaches optimal ripeness sooner than our other white wine varietals, chardonnay, semillon and moscato. Dollarhide Estate Vineyard, where we grow all our white varieties, is north of Rutherford with elevations of 600-1100 feet. This greater sun exposure in a warmer climate contributes to Dollarhide fruit stealing the show early on. By the time you read this, we will have harvested all of our sauvignon blanc.